Our story
We are a bootstrapped family business, born out of love for Board games.
Contact Sales

What began as a small family business run from home, is now one of the top distributors of Board games in India!

With a catalog of extensive games including Bestsellers and numerous Pop Culture editions, we set out on a mission to bring friends and families closer by playing Board games!

When the Bored Game Company was officially launched in August of 2018, we set out to promote our Indian designers and publishers by offering them an active marketplace.

While this is something we’ve always been passionate about, we continue to expand our operations by branching into distribution for some popular publishers such as Gigamic, Blue Orange, Facade Games, and Z-man Games.

Buy Board games in India only at The Bored Game Company. 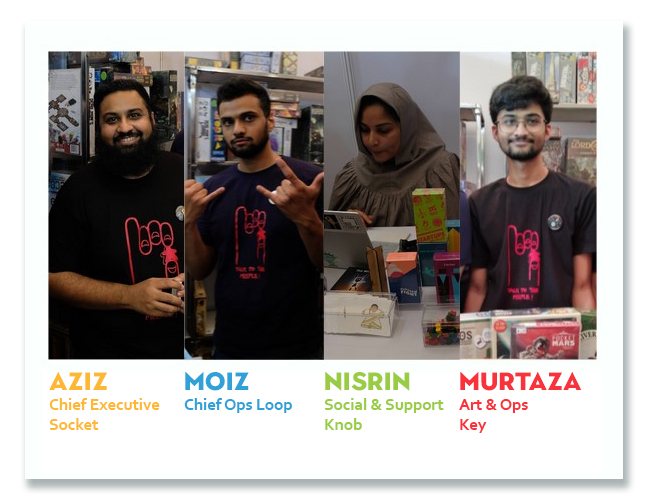 Here we host one of the largest collections of Jigsaw puzzles which makes us one of the top retail distributors in India!

Buy Jigsaw puzzles in India only at Jigsaw Nation India.

Read More About Us

Initially we received one or two orders a week. Now it is 15 a week,” says Moiz Bookwala.  Read more.

Board Game Lovers, We Just Found A New Hot Spot In Town Where You Can Spend Hours Playing Games!  Read more.

if you are a fan of jigsaw puzzles, they are working on to becoming the largest retailers in the country.    Read more.