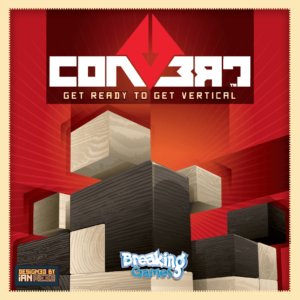 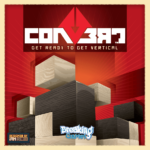 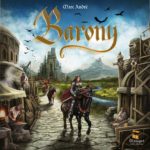 Convert is a fantastic quick 1 to 2 player game for ages 6 and above that takes around 10 minutes to play.

Convert is a two player abstract strategy board game. Two opposing players each have a set of 10 differently shaped wooden blocks that are played on a 4×4 board with alternating black and white squares.

By manipulating pieces to fit on the board, as well as with each other, players attempt to score rows of four while claiming spaces on the board by converting them to their color.
When a player’s piece completes a row of four squares, that player scores one point. When all pieces are played, or when neither player can play a piece, players add the points they scored during game-play to the amount of squares they have claimed on the board.
The player with the most points at the end of the game is the winner.
New Second Edition rule set also applies to First (Kickstarter) Edition copies of Convert. New variant play modes, puzzles, and solo mode available. File available in the files section.
Microbadge
Convert fan

Be the first to review “Convert” Cancel reply