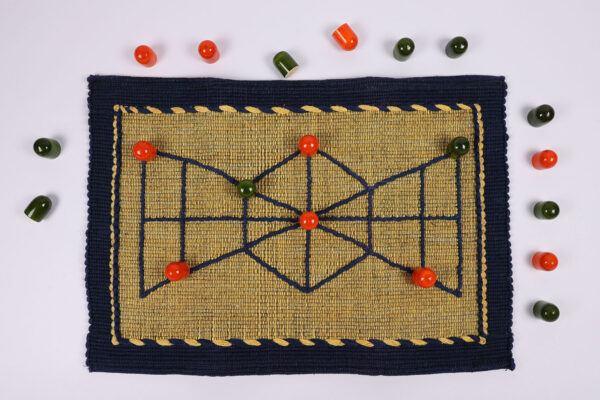 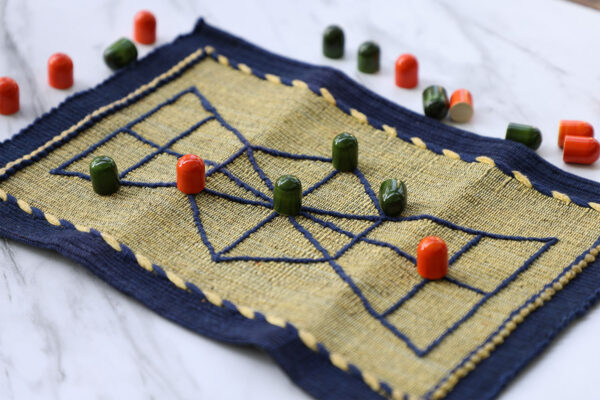 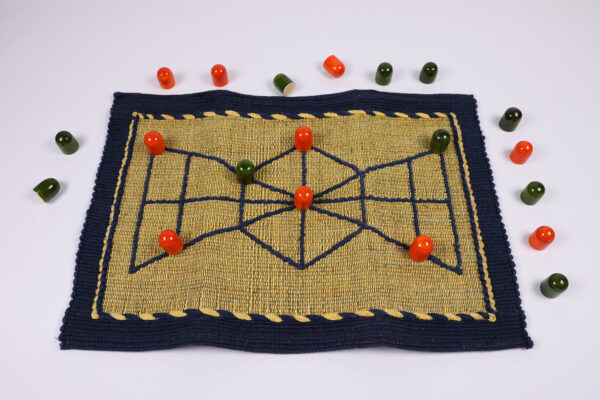 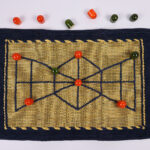 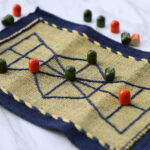 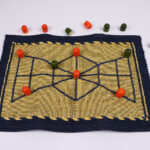 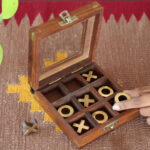 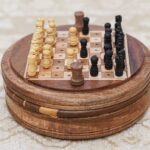 Travel Rosewood Chess Set
0 out of 5
( There are no reviews yet. )

Dashguti Boardgame – Cloth – A traditional Two Player Abstract Strategy Game! This board game is made of fabric by the hand-weavers of Solapur and it comes with wooden pawns

Buy Dashguti Boardgame - Cloth and other great Board Games in India only at Bored Game Company.

Traditional Dash Guti game board made of fabric by the hand-weavers of Solapur in Maharashtra.

Dash-guti is a two-player abstract strategy board game from India, specifically from Central Provinces, United Provinces, Karwi Subdivision where it is called Kowwu Dunki which is the same name given to another similar game called Lau kata kati. The game is related to Draughts and even more so to Alquerque. Pieces are captured by hopping over them, and the board is composed of two triangle grids, and two line segments sticking out like antennas which is the only thing that differentiates it with Lau kata kati. Dash-guti is a Lau kata kati based board game. Like Lau kata kati, Dash-guti is also similar to the Butterfly (game) from Mozambique which suggest a historical connection between the two games.

This game has been beautified with Solapur hand weaving. This can be used as a wall art too.

Contents: 1 Game Board,  10+ 10 pawns, 1 Play Instruction Leaflet.
Material: Board made of fabric by the hand-weavers of Solapur with wooden pawns

Be the first to review “Dashguti Boardgame – Cloth” Cancel reply