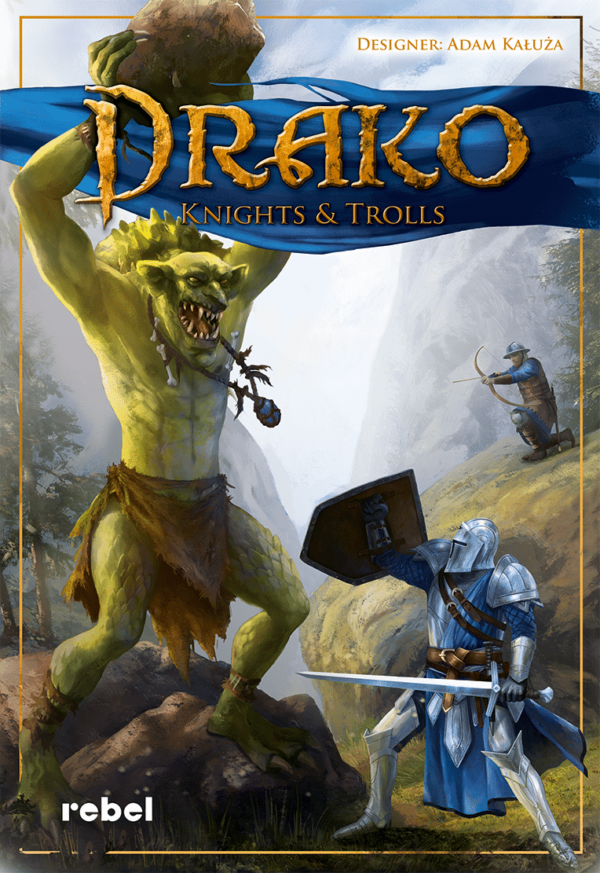 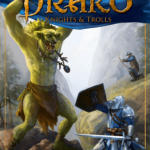 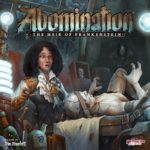 Abomination: The Heir of Frankenstein 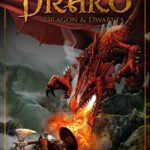 Drako: Knights & Trolls is a neat quick 2 player game for ages 8 and above that plays in about 30 minutes.

Drako: Knights & Trolls is the second game in the Drako series.

Two aggressive Trolls have been attacking travellers on the mountain trails. The ryal has set a reward for their heads, and an armed group of Knights has set out to earn it. They managed to track down the monsters and find their hideout. Just before dawn they surrounded the Trolls’ clearing, preparing an ambush. But when the wind changes, the Trolls sniff them out! A huge rock smashes a tree near the location of the daredevils and a terrible roar breaks the silence as a Troll throws himself into a mad charge. A battle to the death has begun!
Each player has a unique deck of cards, and each card has symbols on it to indicate possible actions. The Trolls can move around the game board, attack, throw rocks, charge, and defend themselves from attacks; the Knights can attack with their swords, shoot bows, move individually or in groups, protect themselves with shields, and call reinforcements.
Each player can have up to six cards in hand, and managing these cards and maneuvering their characters on the game board are the keys to victory. Has the opponent run out of defense cards? Can a Troll nip the strongest Knight and take him out without opening himself up to attacks from the others? The Knights can attack the Trolls’ vital areas to keep them from charging or throwing rocks.
If the Trolls kill the Knights before the end of the battle – they win. If the Knights survive or defeat the Trolls, they will return home victorious over the menacing monsters.

Be the first to review “Drako: Knights & Trolls” Cancel reply