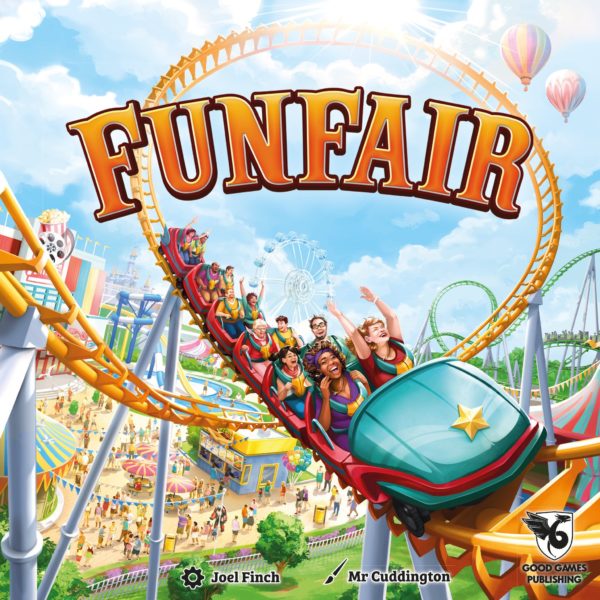 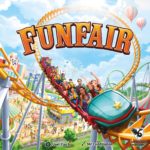 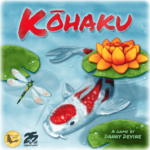 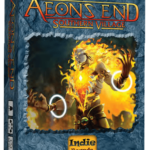 Funfair is a highly rated 2 to 4 player game for ages 14 and above that takes around an hour to play.

Can you build the best theme park in town?

Choose and build an exciting mix of attractions in your very own theme park. Upgrade them to match blueprints, or just to stack up towering rides that pull in the crowds and make the most cash. Hire staff members and build super attractions to maximise your park’s strategy for the win!

Funfair is a standalone game in the Unfair universe. It’s a lighter and faster introduction to Unfair’s ludicrously modular theme park building. With fast setup and gameplay, and only positive player interaction included in Funfair, it’s a fun family-friendly game. However, new goals, new cards, all new build strategies, and tight combos will give experienced gamers and Unfair fans plenty of challenge.
Setup
The board is set up with:
a 6 card City Event deck (there are 12 such cards in total),
a deck of 20 blueprint cards (secret goals),
a deck of 97 park cards containing attractions upgrades and staff members,
a market of 6 park cards containing a random mix of Attractions, upgrades and staff member cards.
an Award card, drawn randomly from the 5 in the game. Awards are public goals that reward players 15 points for meeting the goal.
Each of the 2 to 4 players starts with:
a gate card,
30 coins to spend,
a randomly dealt but hidden showcase card, a type of powerful Thrill Ride they may choose to build sometime during the game,
a hand of 5 park cards (attractions, upgrades and staff) they may build later – if you don’t have an attraction in your opening hand you may discard them and draw until you do.
Gameplay
Each of Funfair’s 6 rounds begins with a random City event which helps all players in some way, often requiring interesting decisions about how to best benefit from them, and sometimes interactively with other players.
Players then progress to the Park step and take their 3 actions, 1 at a time each clockwise around the table, to build attractions, upgrades on those attractions, or recruit staff directly from the market or their hand. Alternatively players may also draw blueprints from the blueprints decks or park cards from the park deck or market, or gain money (1 per attraction they have built).
After all players have taken 3 actions each (or 4 if they have built their Showcase attraction), players progress to the Guests step where they earn income from the stars (representing guest appeal) on the cards they have built in their parks, and perhaps from staff members.
In the Cleanup step players discard down to 5 cards in hand and reset the market, ready for the next round.
Over each game of 6 rounds and 20 or so actions players build a mix of attractions, upgrades and staff into their park tableau to generate increasingly larger incomes each round. But they also build their park to score victory points in various ways at the end of the game. Exactly how they do so will vary greatly from game to game with different public Awards & private Blueprint goals and other strategic factors and opportunities presenting themselves as the game develops. There are many efficiencies and combinations to be found during play, and numerous ways to earn points.
End game scoring
At the end of the game (after the Cleanup step in Round 6), players total their points earned from:
The number of icons in each of their 1 to 5 attractions (taller attractions score proportionally better)
Matching requirements or bonus sections on their blueprints
Their money: 2 coins = 1 point
Staff members recruited in the game
Meeting the Award goal for the game
Contents
97 Park cards
20 Blueprint cards
4 Showcase cards
12 City cards
4 Gate cards
5 Award cards
4 Reference cards
Game board
78 coin tokens
Starting Player marker
Step Tracker miniature
Scorepad & pencil