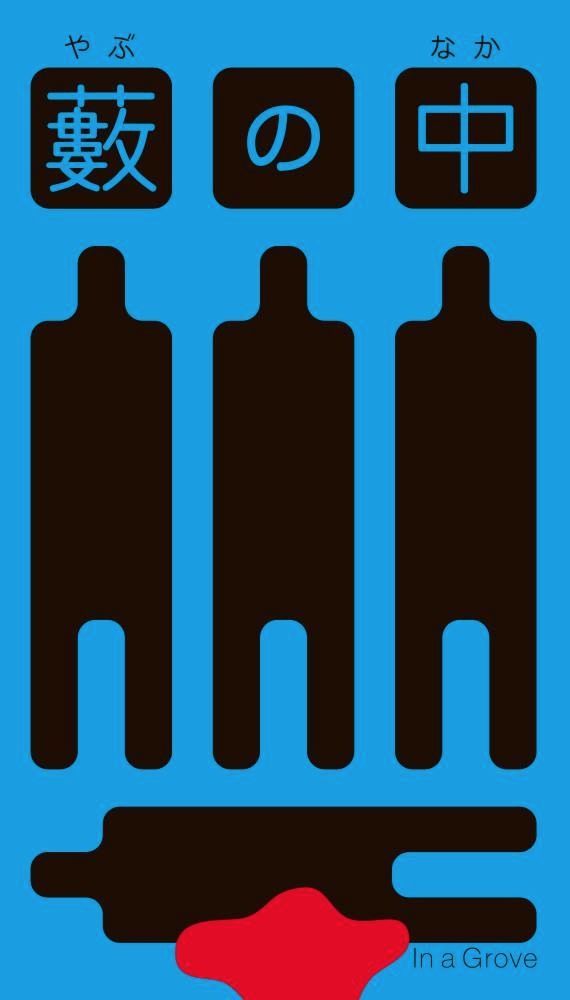 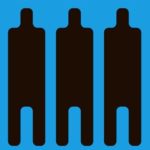 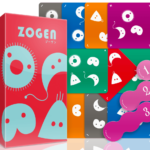 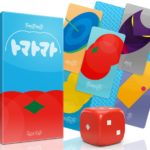 In a Grove is an amazing quick & light 3 to 4 player game, for ages 9 and above that takes around 20 minutes to play.

Hattari — a.k.a. Yabunonaka (also known by the English name “In a Grove”) — is a game of bluffing and deduction, and the player who ends up with the fewest accusation markers wins the game.

The game is played in rounds. Each round, each player receives one of the eight silhouettes (which are numbered 2-8 with one blank), while three silhouettes are placed in the center of the table as suspects and the final silhouette is dubbed the victim. (With three players, the #2 is removed from the game.) You have to determine which suspect is the culprit, either to accuse him or to lure the other players into accusing someone who’s innocent!
All players secretly look at their silhouettes, then pass them right, then look at the new silhouette they received. The first player of the round secretly looks at two of the three suspects, optionally swapping the victim for one of these suspects. He then places a colored accusation marker below one of the suspects. The next player looks at the two suspects not just marked with an accusation marker, then places a colored accusation marker of her own, covering any markers already beneath that suspect. This continues until all four players have placed an accusation marker, with each player not being allowed to look at the suspect just accused.
The round ends, and players reveal the suspects. Who’s the culprit? The suspect bearing the highest number – except if the #5 is among the suspects, in which case the suspect with the lowest number is guilty. (The suspect with no number is always innocent.) Anyone who has accused the correct suspect receives his accusation marker back. Any markers incorrectly placed are flipped colored-side down and given to the player who owns the marker on top of the stack. The first player token rotates clockwise, then a new round begins.
The game ends when any player has no colored markers available to place or any player has collected eight or more markers, whatever their color. The player holding the fewest markers wins the game.

Be the first to review “In a Grove” Cancel reply