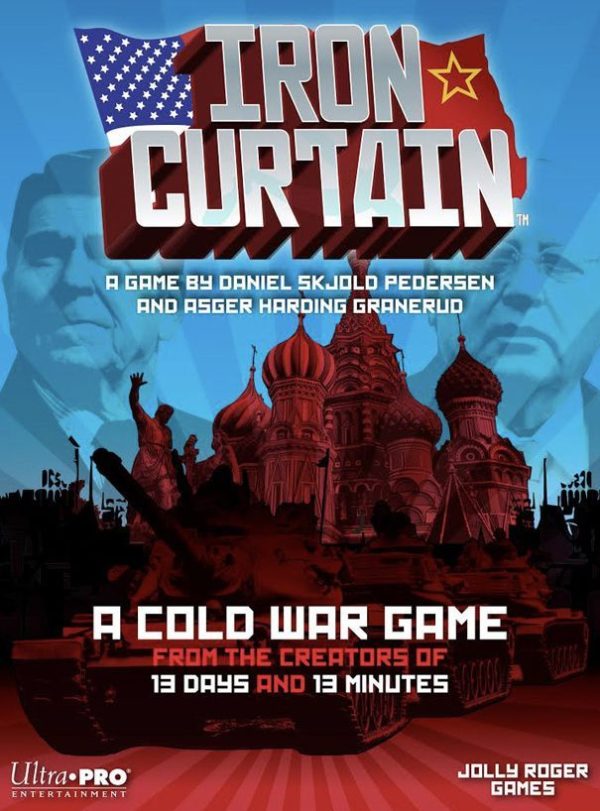 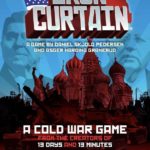 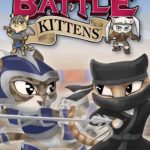 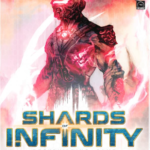 Iron Curtain is a neat quick 2 player game for ages 10 and above that takes around 30 minutes to play.

Imagine re-living the struggles and nail-biting dilemmas of the Cold War in a game that only consists of 18 cards.

Availability: This product is not currently in stock. Please allow 4-8 weeks or longer for delivery of this item. SKU: UP10057 Categories: 2 Player Games, Card Games, For 2 Players, Quick Games
Sold By: Bored Game Company
Facebook Twitter
Add to Wishlist

Imagine learning a game that manages to provide players with intense strategic and tactical decisions every turn in just under 20 minutes.
Imagine playing as the US or Soviet in an intense struggle to win the Cold War battle of superpowers. Players play cards that build a card shaped world map that look different each game.
Will you, as the Soviet, go for control in Europe and give up Africa? Will the US place Cuba out of reach for Soviet troops on the world map?
“We wanted to create a game full of suspense where simplicity was key. Players only play one card per turn and there’s only 9 turns in the game. The tension comes from the dilemmas that the cards represent but also from how you read your opponent. It quickly becomes a battle of the wills.”
Iron Curtain is an original strategy game where how and when you play a card is just as important as what card you decide will influence the tides of war next.

Be the first to review “Iron Curtain” Cancel reply