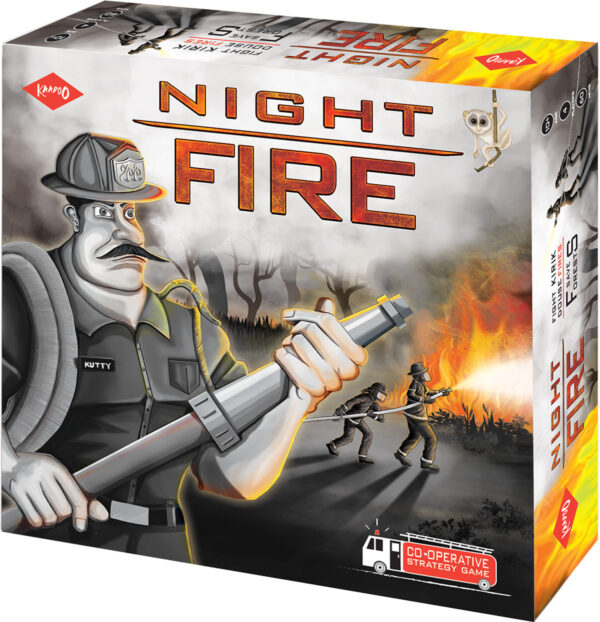 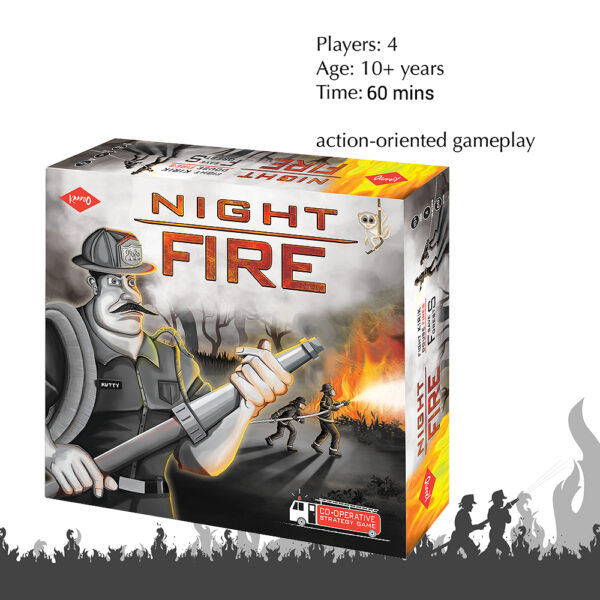 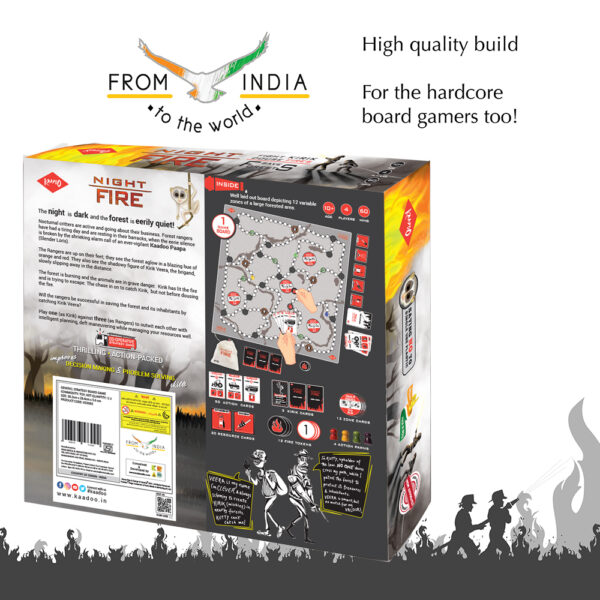 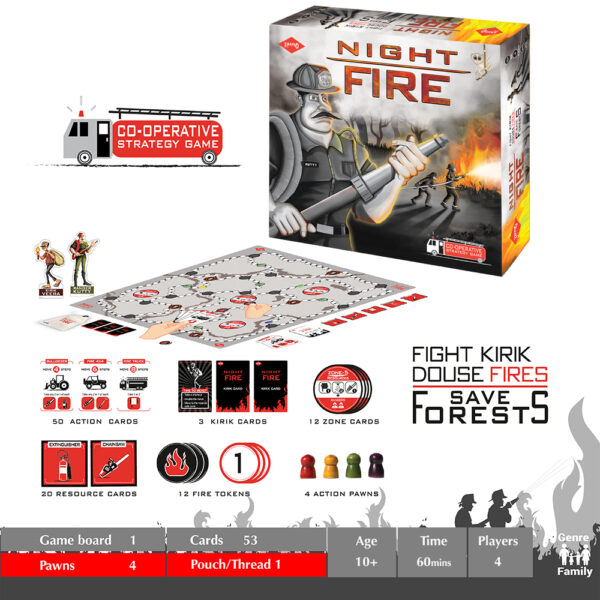 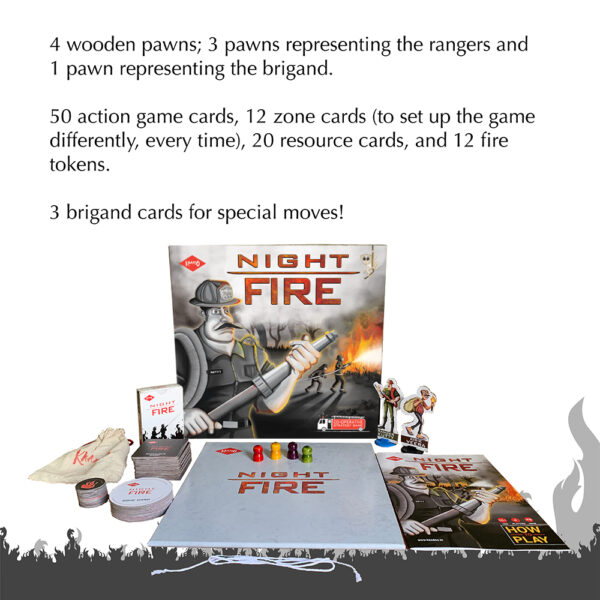 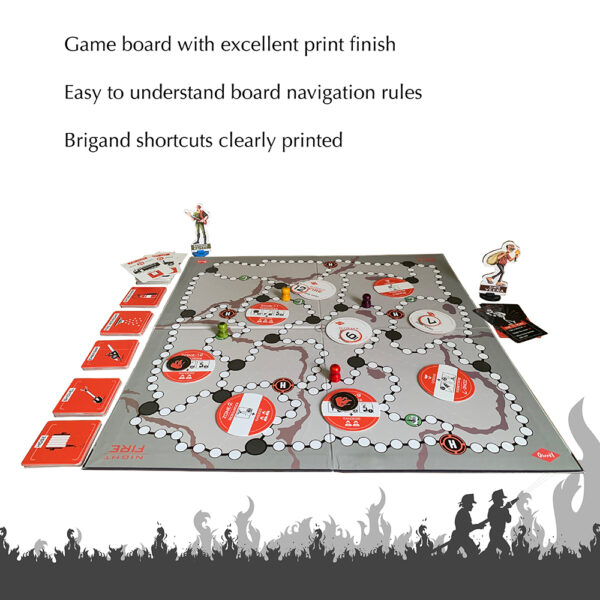 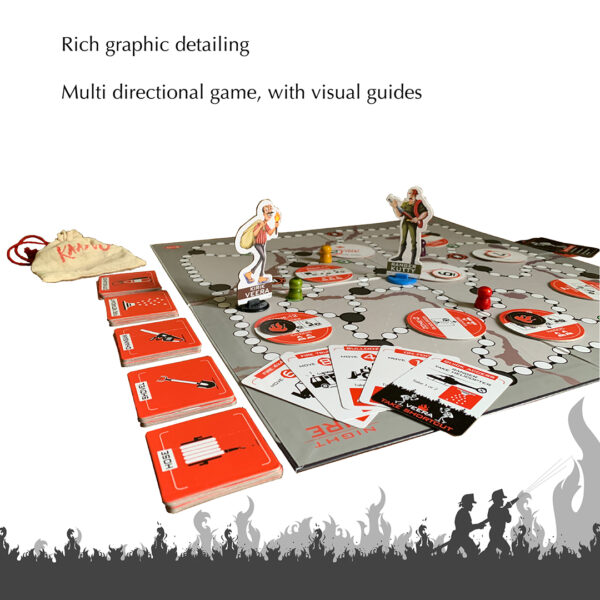 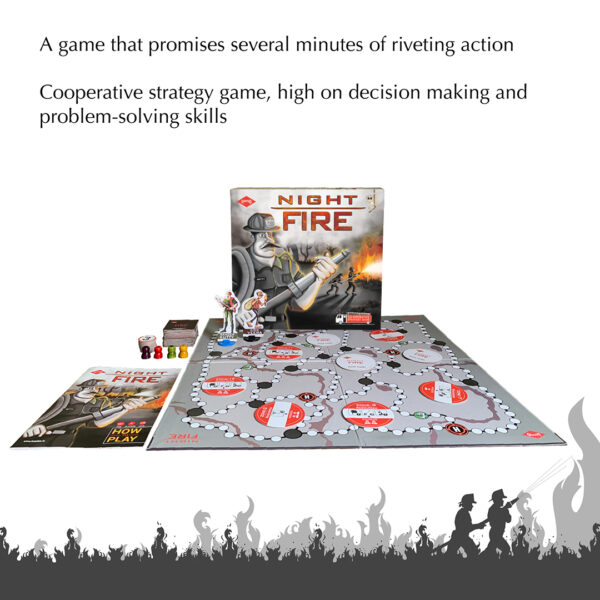 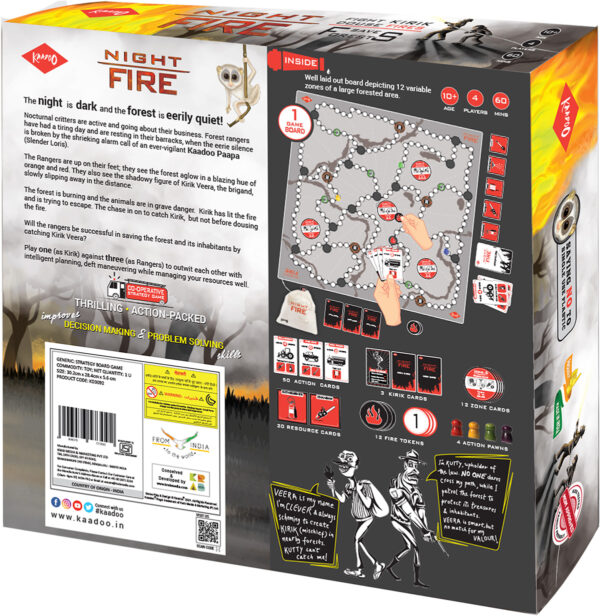 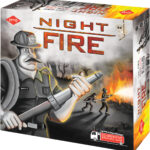 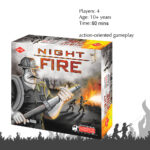 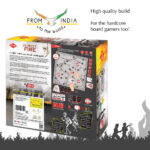 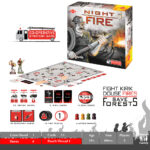 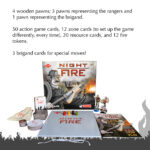 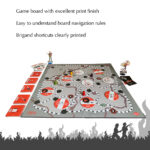 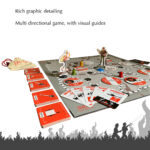 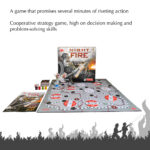 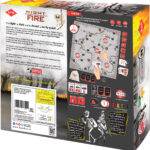 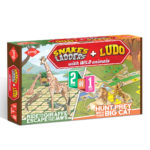 Kaadoo Crocs & Giraffes 2-in-1 board game 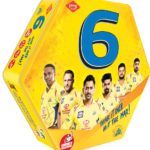 Don’t just the thought of forest fires scare you?

Most wildfires are caused by careless humans and putting them out is hard. Imagine what happens when a mischief-maker like Kirik Veera knowingly sets fires to forests? Enter Kutty and his team of forest Rangers, out there to save the forest and its wildlife. They will do all it takes to put out those fires before they cause much harm. They are also always keeping an eye on Kirik, trying to put an end to his mean ways by sending him behind bars.

Night Fire is a battle of wits between Kirik and Kutty’s team. Kirik knows the forest inside out and how to make off in an instant. Kutty’s team is ever ready with their copters, fire trucks, jeeps and other gizmos to fight fires. And this means we have plenty of action in waiting!

This game is a tribute to these brave men who guard and protect our forests. It has been designed incorporating various elements of this cat and mouse game between the Rangers and the Brigands

A board game for four players, Night Fire will make you think, plan, and act with lightning reflexes. It calls for excellent teamwork from the side playing Rangers and high survival skills for the player who stands in for Kirik. A game loaded with high drama and suspense till the end, right from the word go. Win or lose, fun and excitement guaranteed!