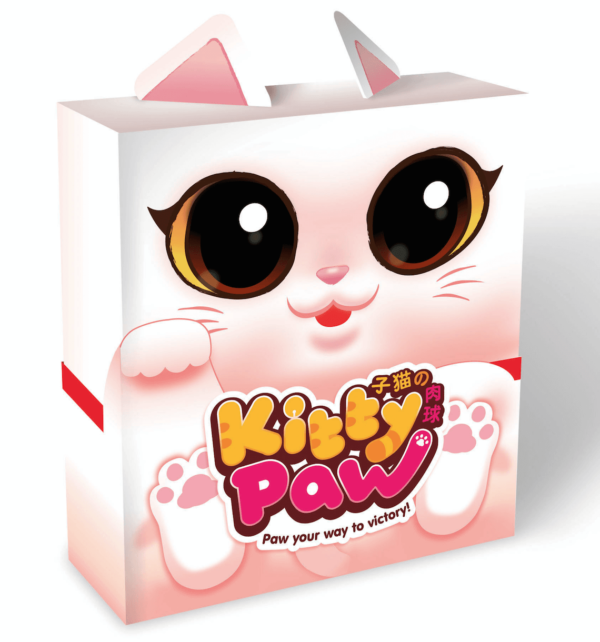 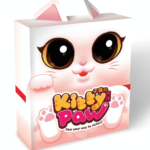 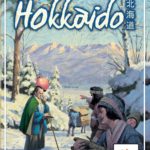 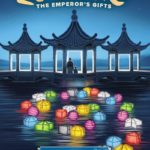 Lanterns: The Emperor’s Gifts
0 out of 5
( There are no reviews yet. )

Kitty Paw is an awesome quick & light 1 to 4 player game for ages 6 and above that plays in about 30 minutes.

What happens when seven cats run into cardboard boxes? Well, a crazy game of kitty hide-and-seek!

Kitty Paw is a dexterity and reaction game. Players try to be the first to complete the kitty combinations shown on the Kitty cards to score victory points (VP). The player with the most VP in the end wins.
Each player gets one Kitty card in each round and tries to be the first to create the patterns shown on the cards. Since this is a recognize-and-react game, all players act simultaneously. In more detail:
All players put one hand in the center of the table and shout out “Kitty Paw!” to start the game.
Each player grabs one Kitty card from the row and places it in front of themselves. Then players grab Kitty tiles from the center of the table and arrange them to match the patterns shown on their own Kitty card.
Using only one hand, the “Kitty Paw” they placed in the center of the table at the start of the game, players grab only one Kitty tile at a time instead of grabbing a bunch of tiles.
If any player thinks that she has completed the pattern on her Kitty card, she shouts out “Meow!” and performs the “Lucky Cat” gesture.

Be the first to review “Kitty Paw” Cancel reply