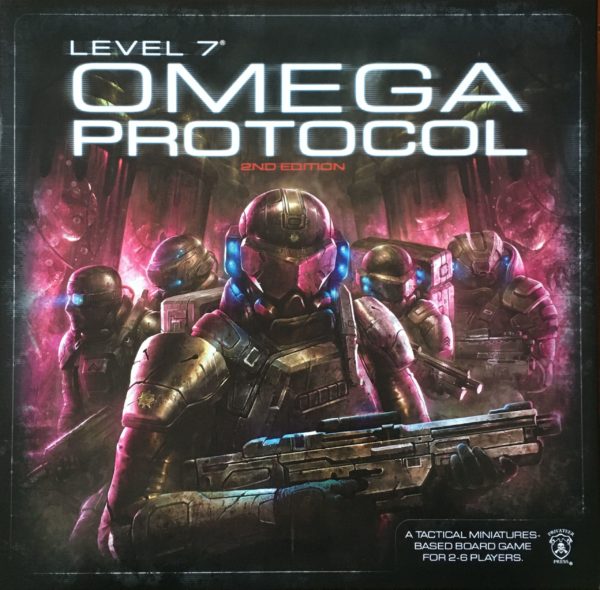 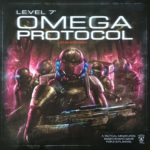 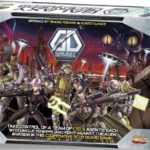 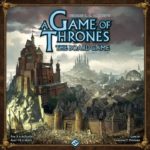 A Game of Thrones: The Board Game (Second Edition)
0 out of 5
( There are no reviews yet. )

Level 7 [Omega Protocol] is a fantastic intense 2 to 6 player game, for ages 14 and above that takes around an hour to play.

LEVEL 7 [Omega Protocol] picks up right where LEVEL 7 [ESCAPE] left off. The Subterra Bravo facility has been thrown into chaos through the players actions in [ESCAPE], and now the government has sent in a top-secret, highly-trained special forces unit to shut down the facility and eliminate everything remaining in the base.

In [Omega Protocol], one player takes on the role of the Overseer while two to five other players take on the role of the elite Special Ops team. The Overseer’s role in the game is to control all of the alien denizens and challenges the players face throughout the game. The players are trying to achieve specific scenario-based objectives by exploring a map that’s laid out at the start and fighting off the hordes of aliens that the Overseer sends their way.
Gameplay is based around adrenaline, which is the currency that the soldier players use to perform actions. They generate adrenaline to do things such as move, attack, and perform special actions like activating an objective space. That generation also has a negative effect for them, as that adrenaline transfers to the Overseer player, who then uses it to spawn aliens, create new threats, and hurt the soldiers’ chance of success during the scenario. The more actions the Special Ops players take, the more resources the Overseer player has to work with.
Characters in [Omega Protocol] are represented by miniatures, and each Special Ops and alien character has different attributes, powers, and customizable skills and equipment.

Be the first to review “Level 7 [Omega Protocol]” Cancel reply