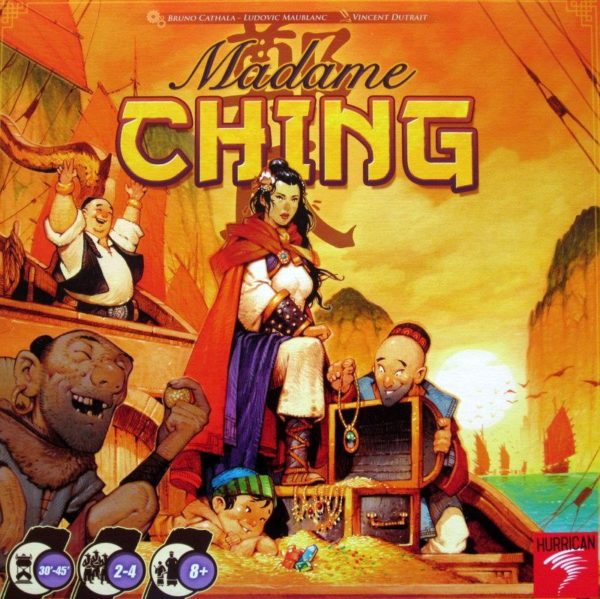 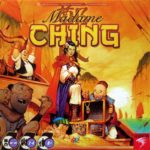 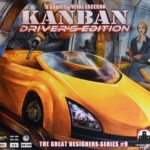 Madame Ching is a fantastic 2 to 4 player game, for ages 8 and above that takes around 45 minutes to play.

Madame Ching is a hand-management game in which 2-4 players try to put together voyages that take their ships far across the waters, possibly all the way to Hong Kong.

Each player starts the game with four cards in hand, each card having a number from 1 to 50-something; the cards have a colored bar across the top, often with a symbol in them. In the first round, each player lays down a card, drafts one of the available cards, then moves one of her ships to the right on the ocean. Players then repeat this process, possibly starting a new journey — a.k.a., new row of played cards — or adding to the journey already begun by playing a higher-valued card that what was last played. In the latter case, if the color of the card matches the color of the card previously played, the ship moves directly to the right; otherwise the ship moves both down and right.
When a player can’t add to a journey any more and must start a new one, she scores that voyage, possibly claiming one of the ship tiles on display based on the length of the voyage. (Each space on the game board’s ocean has values on it, and the more times you move both down and right, the higher your score overall — doing this is more difficult than you’d hope for, however, since you must consistently have cards that are both of higher value and different color.) Each ship bears some combination of gems, and those are worth points at the end of the game.
If you have certain symbols on a voyage, you can claim bonus action cards that let you steal gems or cards from opponents, take cards from the discard pile, insert cards in a voyage, and so on. Get the right symbols, and you can claim the Madame Ching vessel, ending the game. Players then tally their points for destinations, gems, and so forth, and whoever has the highest score wins.

Be the first to review “Madame Ching” Cancel reply