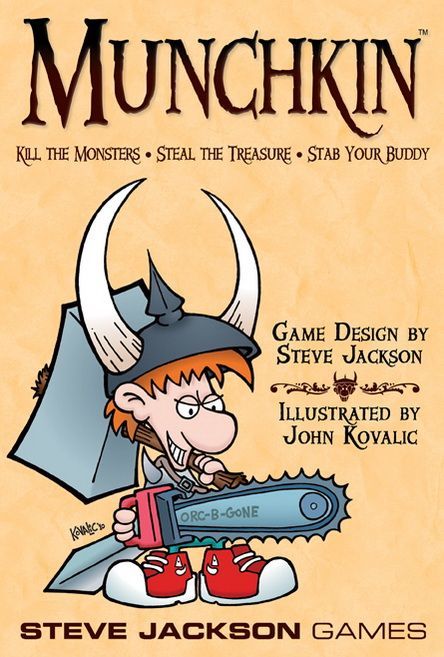 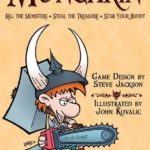 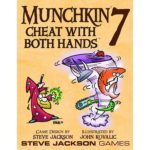 Munchkin 7: Cheat With Both Hands 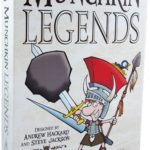 Munchkin Legends
0 out of 5
( There are no reviews yet. )

Munchkin is an awesome 3 to 6 player game for ages 10 and above that plays in about 2 hours.

Go down in the dungeon. Kill everything you meet. Backstab your friends and steal their stuff. Grab the treasure and run.

Admit it. You love it.
This award-winning card game, designed by Steve Jackson, captures the essence of the dungeon experience… with none of that stupid roleplaying stuff. You and your friends compete to kill monsters and grab magic items. And what magic items! Don the Horny Helmet and the Boots of Butt-Kicking. Wield the Staff of Napalm… or maybe the Chainsaw of Bloody Dismemberment. Start by slaughtering the Potted Plant and the Drooling Slime, and work your way up to the Plutonium Dragon…
And it’s illustrated by John Kovalic! Fast-playing and silly, Munchkin can reduce any roleplaying group to hysteria. And, while they’re laughing, you can steal their stuff.
Other
Part of the Munchkin series.
Munchkin is a satirical card game based on the clichés and oddities of Dungeons and Dragons and other role-playing games. Each player starts at level 1 and the winner is the first player to reach level 10. Players can acquire familiar D&D style character classes during the game which determine to some extent the cards they can play.
There are two types of cards – treasure and encounters. Each turn the current players ‘kicks down the door’ – drawing an encounter card from the deck. Usually this will involve battling a monster. Monsters have their own levels and players must try and overcome it using the levels, weapons and powers they have acquired during the game or run away. Other players can chose to help the player or hinder by adding extra monsters to the encounter. Defeating a monster will usually result in drawing treasure cards and acquiring levels. Being defeated by a monster results in “bad stuff” which usually involves losing levels and treasure.
In May 2010, Steve Jackson Games made the “big announcement.” Many rules and cards were changed. See The Great 2010 Munchkin Changeover for details. Of note to Munchkin fans, the Kneepads of Allure card, which had been removed in the 14th printing, was added back to the game but modified to be less powerful.
Sequels:
The Good, the Bad, and the Munchkin
Munchkin Apocalypse
Munchkin Axe Cop
Munchkin Bites!
Munchkin Booty
Munchkin Conan
Munchkin Cthulhu
Munchkin Fu
Munchkin Impossible
Munchkin Legends
Munchkin Pathfinder
Munchkin Zombies
Star Munchkin
Super Munchkin
Related Board Games
Munchkin Quest
Online play
Vassal does not support Munchkin anymore. Former link: Vassal Module
Pegasus Expansions
Munchkin Sammlerbox
Munchkin Sammlerkoffer
Munchkin Promotional Bookmarks
Munchkin Weihnachtsedition – The same as Munchkin, but with a promotional button that grants the wearer extra treasure (when worn in December).
Online Playthrough
There’s a great YouTube playthrough with Will Wheaton and Steve Jackson (yes, the Steve Jackson) found here LINK