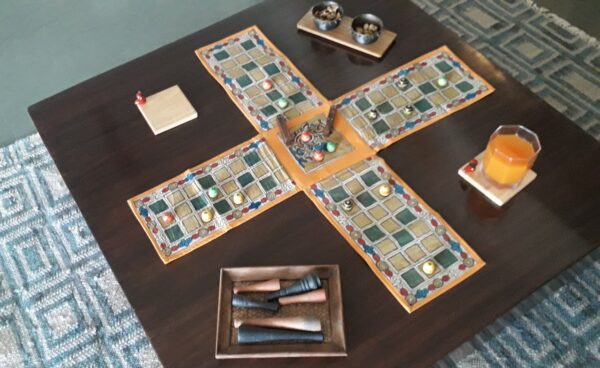 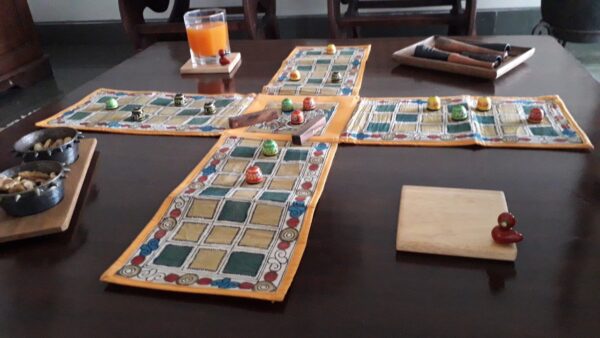 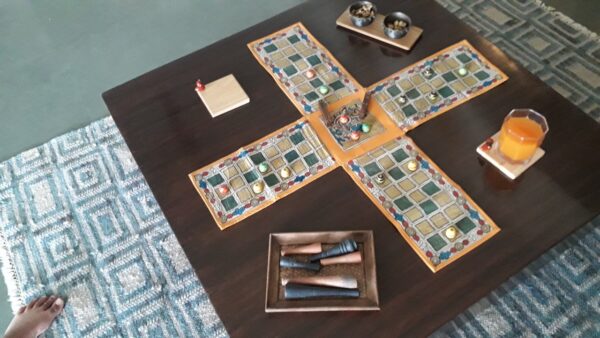 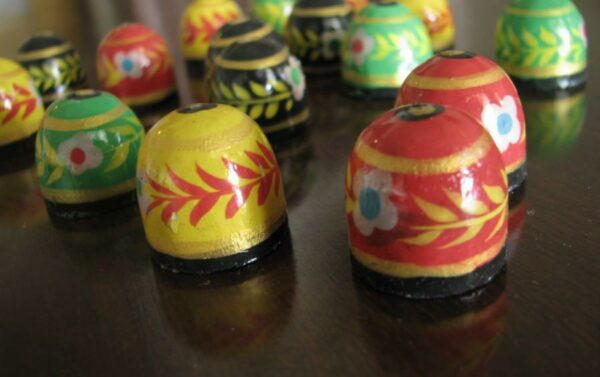 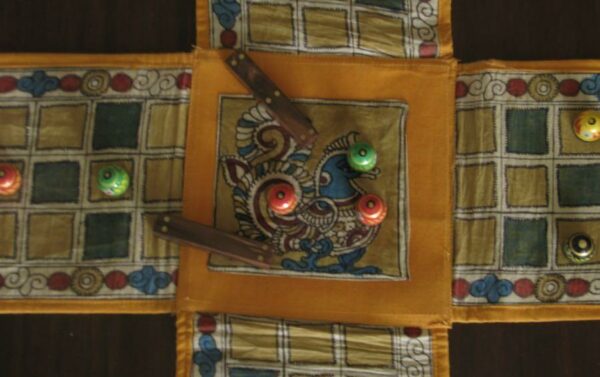 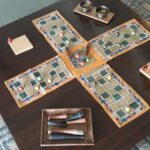 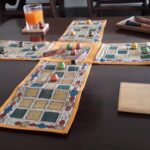 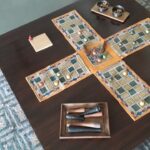 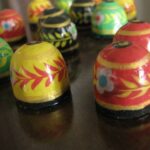 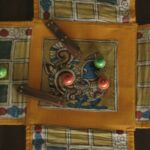 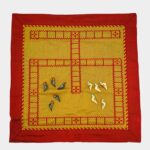 Round Magnetic Chess Set
0 out of 5
( There are no reviews yet. )

Pat-Pagadi-Pachisi – Gamble for luck this Diwali – with this game from the Mahabharata. The board is made of Kalamkari Printed Cloth. This board game comes with wooden pawns and dices.

Buy PAT-PAGADI-PACHISI and other great Board Games in India only at Bored Game Company.

Pat-Pagadi-Pachisi is an intelligence and skill building game, played since the time of Mahabharata. This game is played on an aesthetically designed, kalamkari printed canvas game board which is shaped like a cross, with a large square in the centre regarded as home. The four arms of the board are divided into three columns of eight squares each. Four players in opposing partnerships of two attempt to move pieces around a cross-shaped track. Moves are determined by throws of dice. This board can be used as a wall art too.

During the Deepawali festival this game is played by all. Another interesting occasion when Pat-Pagade-Pachisi is played is during the marriage ceremony when the newly married couple is made to play it. The outcome of the game is supposed to indicate who will play a dominant role in the married life.

The British appropriated the game, simplified it and called it Ludo! American game makers, Selchow and Righter, had the audacity and trademarked the “Parcheesi” name in 1874 after purchasing the game rights in 1867!

Goal: Each player’s objective is to move all four of their pieces completely around the board, counter-clockwise, before their opponents do. The one who is able to bring all the pieces home after moving through all the four arms of the cross is the winner.

Benefits: The board game makes a great “executive desktop trinket” that can stimulate creativity, challenge the mind, or rattle the nerves!

A slight variation of design and color may occur as they are handmade and hand crafted products.

Be the first to review “PAT-PAGADI-PACHISI” Cancel reply