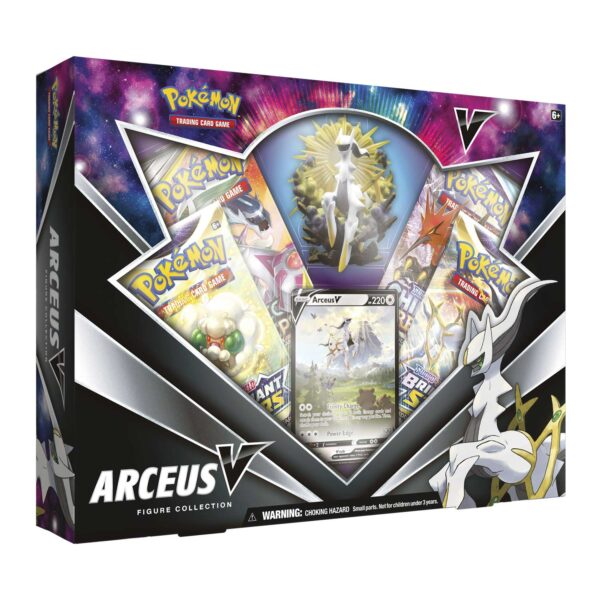 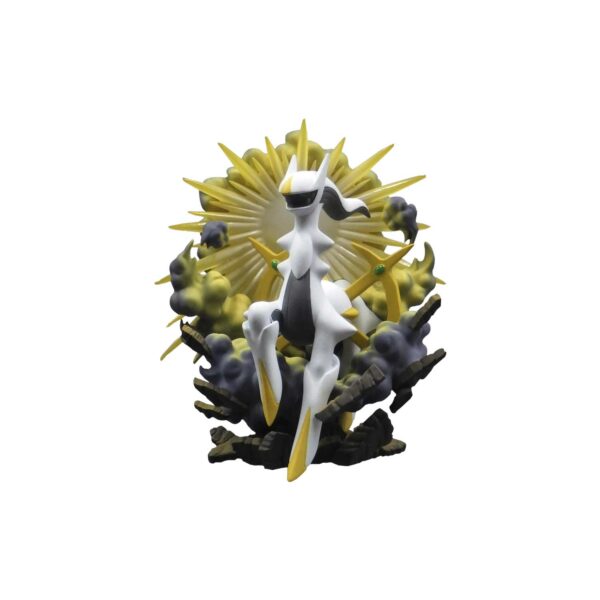 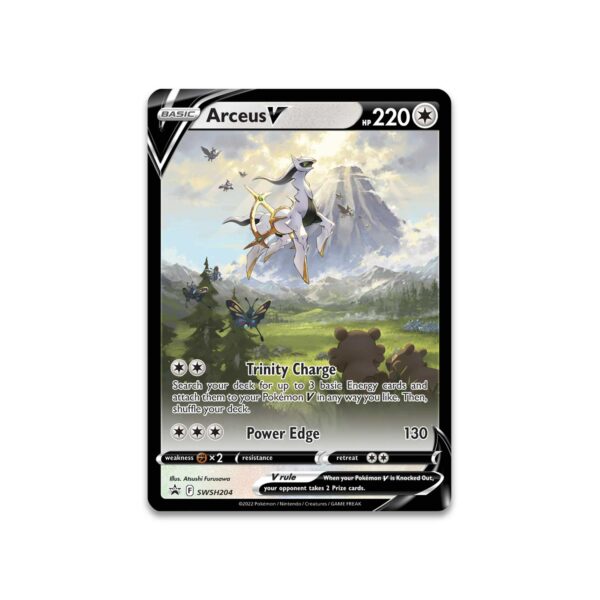 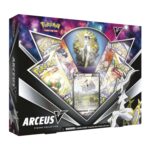 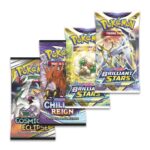 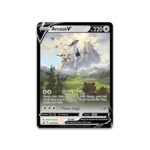 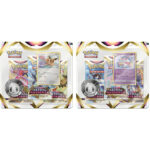 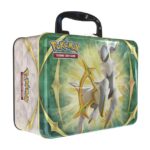 Bring the power of the majestic Alpha Pokémon to your team with the Pokémon TCG: Arceus V Figure Collection. Included are both a beautifully detailed figure and an incredible Arceus V foil promo card that shows multiple Pokémon staring up at Arceus, with Mount Coronet looming in the background.

Arceus V has proven itself to be extremely useful in some of the top Pokémon TCG decks thanks to its Trinity Charge attack. The attack does not do any damage to your opponent’s Pokémon, but instead lets you search your deck for up to 3 basic Energy cards and attach them to your Pokémon V in any way you like. It’s an extremely useful way to get your team ready for battle in a hurry. When it is time to go on the offensive, Arceus V’s Power Edge attack hits for an impressive 130 damage.

In addition to the Arceus V promo card and the figure of the Mythical Pokémon, this set also includes four Pokémon TCG booster packs to keep the fun going. It’s definitely a great collection for Arceus fans!