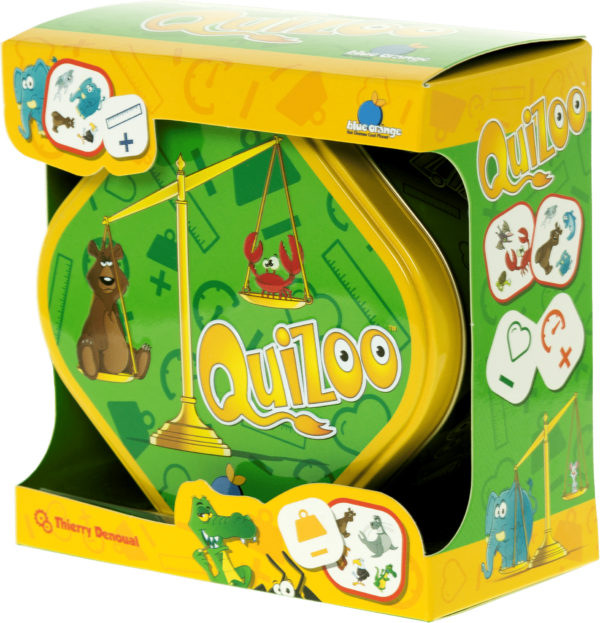 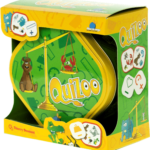 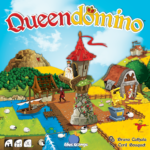 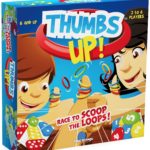 Quizoo is an awesome quick & light 2 to 8 player game for ages 6 and above that takes around 15 minutes to play.

Your animal knowledge will be challenged over and over again in Quizoo, a rapid-fire game in which you want to know which animals are biggest, heaviest, fastest, and longest-lived.

To set up, shuffle the sixty-card deck. The front of each card shows 3-5 animals out of twenty types; the back side shows one of four symbols and either a + or -. A round consists of someone flipping over the top card to reveal the animals on that card and the symbol on the top of the deck. If a heart + is revealed, for example, you want to name the longest-lived animal on the now revealed card more quickly than anyone else; if heart-, then the shortest-lived animal; if stopwatch+, then the fastest animal, etc.
If you name the correct animal, you keep the revealed card; if not, you return one of your already collected cards to the bottom of the deck along with that revealed card. Whoever collects eight cards first wins!
To increase the challenge, you can reveal two cards at the start of each round, giving everyone more animals from which to choose.