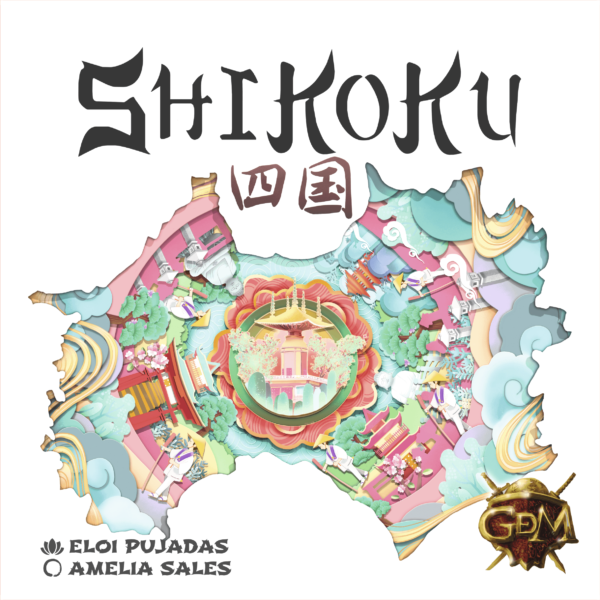 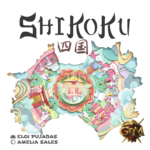 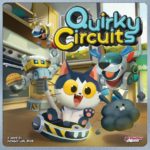 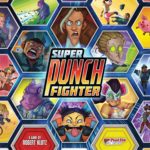 Super Punch Fighter
0 out of 5
( There are no reviews yet. )

Shikoku is a creative 3 to 8 player game for ages 8 and above that plays in about 40 minutes.

Shikoku is the smallest of the four main islands of Japan and famous for its 88 Buddhist temples pilgrimage. It is said people have a year of misfortune and woes — at the age of 42 for men and 33 for women — so to be cured and avoid bad luck, pilgrims of those ages attend the temple 23 called YakuÅji and place of the Buddha of healing, Yakushi Nyorai. In every step, pilgrims leave a coin while singing the Yakushi mantra, which favors them with spiritual healing and prevents misfortune.

Availability: Out of stock SKU: SH01GGD Categories: Family Games, For 4-6 Players, For 6-8 Players, For 8 Or More Players, Party Games

In Shikoku, players play the role of pilgrims who are going up the 33 steps while singing mantras until they reach the pagoda. However, the “Middle Path” seeks moderation, not the extremes: To be the first one, or the last, is not welcome! The winners will be those who are second or next to last on the steps when a player reaches the top. The game is played in rounds, each of them with three phases:
Following the turn order of the mantra line, each player plays one card from their hand placing it in the mantra area along with their pilgrim.
When all players had played a card, pilgrims will be moved on the board. Players whose cards are second counting from the left and second counting from the right, don’t go up. The other players go up as many steps (ICONO) as the card with their pilgrim indicates.
Move the mantra card (and its pilgrim) with the lower value from the first position to the last one of the mantra line. This will determine the turn order of the next round.
The last player in the mantra line gets a new mantra card and other players take one of the cards (in turn order) that have been played during the previous round to have three cards in their hands.
After the moving phase of a round, if one or more players reach the pagoda (square 33), the game ends and the player, or players, who are second counting from the top and second counting from the bottom, win the game.

Be the first to review “Shikoku” Cancel reply