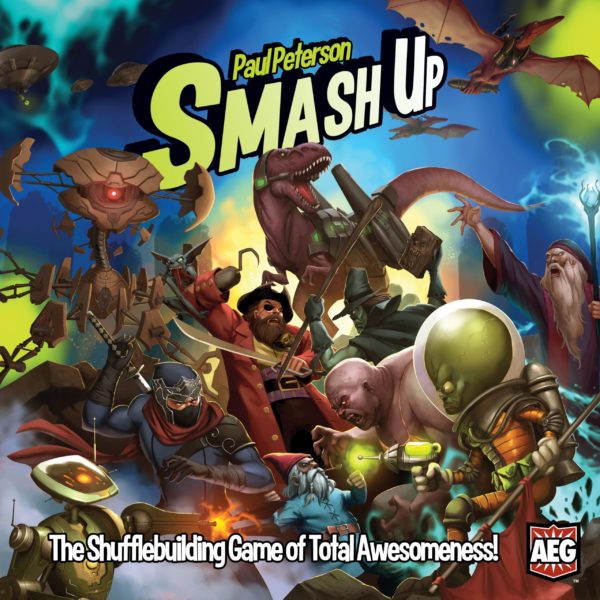 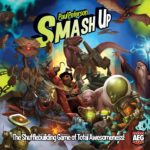 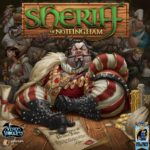 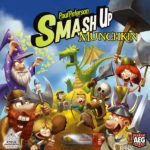 Smash Up is a creative 2 to 4 player game for ages 12 and above that plays in about 45 minutes.

The “shufflebuilding” game Smash Up begins with a simple premise: take the 20-card decks of two factions, shuffle them into a deck of forty cards, then compete to crush more Bases than your opponents! Each faction involves a different gaming mechanism – the pirates move the cards, the zombies bring back the cards from the discard pile, the dinosaurs have enormous power – and each combination of factions brings a different gaming experience.

How to play Smash Up? Find the rules for Smash Up here 📖.

Availability: This product is not currently in stock. Please allow 4-8 weeks or longer for delivery of this item. SKU: 5501AEG Categories: Always Popular, Card Games, For 2 Players, For 2-4 Players
Sold By: Bored Game Company
Facebook Twitter

During the game, basic cards (each with their own difficulties and abilities) are at stake. You try to have the most power on the basis of your minions when the base is broken. Sounds easy? Is it easy when an opponent’s Alien-Ninja decides to tie your minions to other Bases – flat Murder them? What happens when the Pirate-Dinosaur Full Sails player and frees King Rex to trample your minions in the ground, or when wizard-zombies use their mystic power to create an outbreak, suddenly flooding minions on the base of the discard pile? Or if you were facing a Zombie-Dinosaur player instead and he created an epidemic of massive beasts at the same time?!?
When a base is smashed, each player in first, second and third place scores points. Fourth place? Sorry, brother, next time.
With eight different factions, Smash Up includes dozens of combinations to try. Pirate-Aliens play different Ninja-Aliens, for example. Which one will you use to crush your opponents?
And did we mention dinosaurs have laser beams?
Integrates with:
Smash Up: Munchkin
Smash Up: Pretty Pretty Smash Up
Smash Up: The Big Geeky Box
Smash Up: Science Fiction Double Feature
Smash Up: Monster Smash
Smash Up: The Obligatory Cthulhu Set
Smash Up: Awesome Level 9000
Smash Up: It’s Your Fault!
Smash Up: Cease and Desist