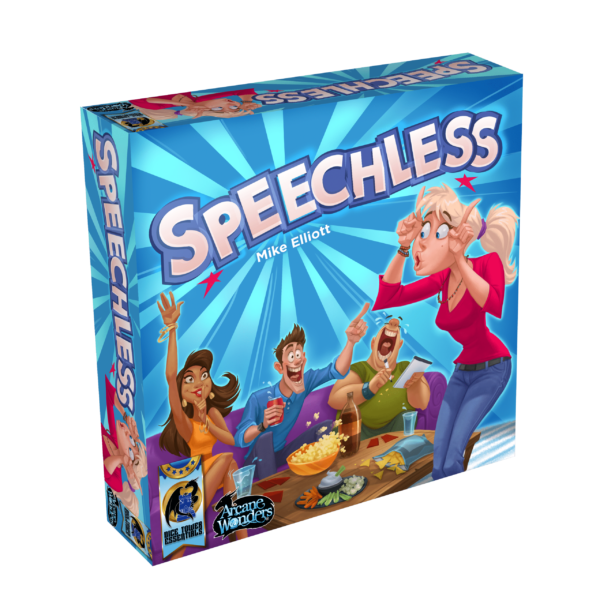 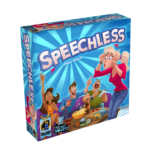 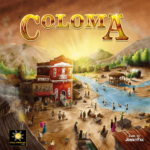 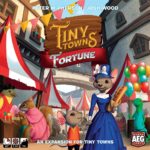 Speechless is a neat light 3 to 8 player game for ages 14 and above that plays in about an hour.

Speechless is an exciting party game for 3 to 8 players. Players frantically act out words – but they can’t say a word! See how many you can get right in 90 seconds!

Availability: Out of stock SKU: DTE03SPAWG Categories: For 4-6 Players, For 6-8 Players, For 8 Or More Players, Party Games

Players in Speechless take turns being the “presenter”. The Presenter has 90 seconds to act out 6 words, trying to get the other players to correctly guess what word they are presenting. While the presenter is acting out the words, the other players are watching and trying to guess what word is being acted out. If they think they know the word, they write it down on their marker board with their dry erase marker.
Both presenter and the other players are not allowed to talk during the acting!
After the presenter’s time is up, he or she will reveal the words to the players, one at a time, asking the players what their guesses were for each word. The other players, one at a time going clockwise around the table, reveal their guesses. After all guesses have been revealed for that word, the presenter then reveals the actual word.
Players score 2 points for guessing the correct word. However… If a player did not guess the correct word, but at least one other player made the same incorrect guess, all players with the same guess score 1 point!

Be the first to review “Speechless” Cancel reply