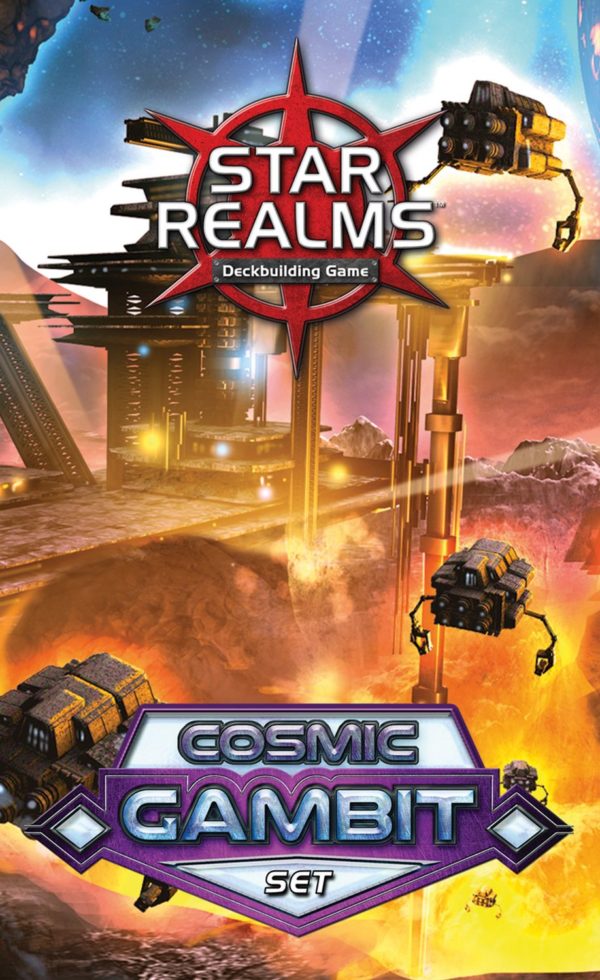 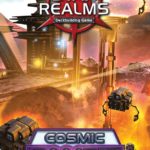 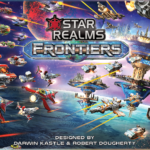 Availability: Out of stock SKU: WWF010 Categories: Card Games, Expansions, For 2 Players, For 2-4 Players, For 4-6 Players

The gambits in this set function differently than the original Gambits, including entering play hidden. Some actions / bonuses trigger when revealing the Gambit, most have an additional function when scrapping.
Gambits are dealt face down to players at the beginning of the game. You can choose a number of Gambit cards each player will get, or you can give some players less Gambit cards as a handicap. The extra (unclaimed) Gambit cards are set aside in a face down pile. Secret Outpost is kept separate and not shuffled in with the Gambit Cards or the Trade Deck.
Players keep Gambit cards face down in front of them until they choose to reveal them. Gambit cards never go to the trade deck, your hand or personal deck. They have silver borders to make it easier to keep them separate from your other cards. Players may reveal Gambits at the start of the or during their Main Phase.
This pack contains:
1 Rules Card
1 Secret Outpost Base Card
13 Gambit Cards:
1 Acceptable Losses
2 Asteroid Mining
1 Black Market
2 Exploration
1 Hidden Base
2 Rapid Deployment
1 Triumphant Return
1 Two-Pronged Attack
1 Veteran Pilots
1 Wild Gambit