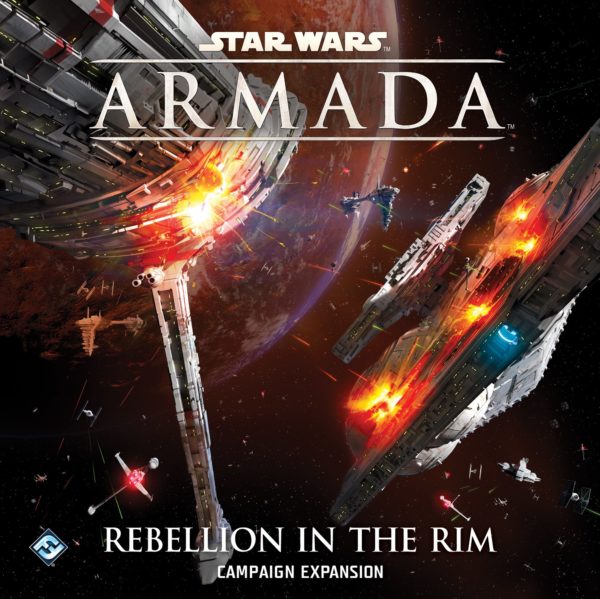 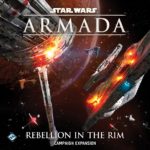 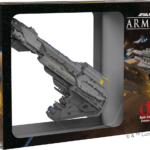 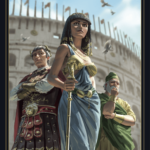 Take command of the farthest reaches of the galaxy with the Rebellion in the Rim campaign expansion for Star Wars: Armada! Imperial and Rebel forces clash in the galaxy’s most lawless regions, where the spark of rebellion has grown into a flame that threatens to destroy the Empire. These distant reaches are filled with vital allies and resources that may mean the difference between victory and defeat in the war for the galaxy.

Rebellion in the Rim allows two to six players to participate in a campaign spanning multiple fleet battles in which you will create a custom commander to lead your task force. Victory depends on developing your commander’s abilities and working closely with your team to determine which side will control the fate of the Rim!
Each battle fought influences the control of a location on the campaign map, which in turn can provide critical resources to the winning side. Players must be careful about their strategy however, as the fate of each ship during a battle can carry over into later games, possibly resulting in permanent damage or the loss of heroic crew.
The Campaign Expansion also features campaign-based objective cards that can alter the rules of the game during a battle or introduce unusual elements like exogorths and gravity rifts, and some scenarios will result in unbalanced fights between fleets at unequal power levels. Rounding out the expansion is eight new squadron cards featuring characters like Sabine Wren, Iden Versio, Lando Calrissian, and IG-88B.
This is not a standalone product. A copy of the Star Wars: Armada Core Set is required to play.