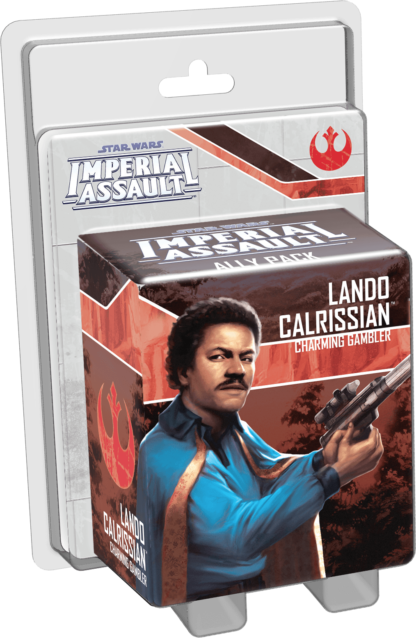 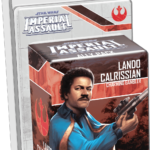 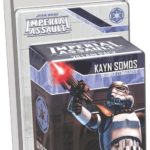 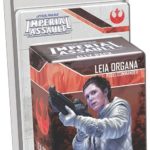 Star Wars: Imperial Assault – Leia Organa Ally Pack
0 out of 5
( There are no reviews yet. )

As the Baron Administrator of Cloud City, Lando Calrissian has access to considerable resources and influence. Despite his recent rise to respectability, Lando is still a smuggler, a gambler, and an outlaw at heart, and he now chooses to exercise his influence in the aid of the Rebel Alliance by helping their operatives elude the Imperial Security Bureau agents.

Availability: Out of stock SKU: SWI27 Categories: Expansions, For 2 Players, For 2-4 Players, Intense Games, Miniatures Games Tag: Board Games Based on Star Wars

Your Imperial Assault campaigns can certainly benefit from having a charismatic scoundrel like Lando Calrissian by your side. A new campaign side mission introduced in this figure pack invites you to investigate missing shipments of supplies and help Lando root out corruption, but no matter where you employ the help of Lando Calrissian, his resourceful nature and cheerful disregard for the rules are certainly useful assets to your heroes.
Skirmish games can also reap the benefits of Lando Calrissian’s support. An entirely new skirmish map invites you to travel to a Lothal Safehouse, where you’ll struggle to recover artifacts or hidden shipments of weapons before your opponent. You may also take advantage of new Command cards like Tough Luck . Any figure can play this Command card after your opponent rerolls a die in order to remove that die instead! Between Tough Luck and the other cards in this Ally Pack, Lando Calrissian’s unconventional tactics can quickly turn a battle in your favor.
This is not a standalone product. A copy of the Imperial Assault Core Set is required to play. Includes missions that require The Bespin Gambit expansion.