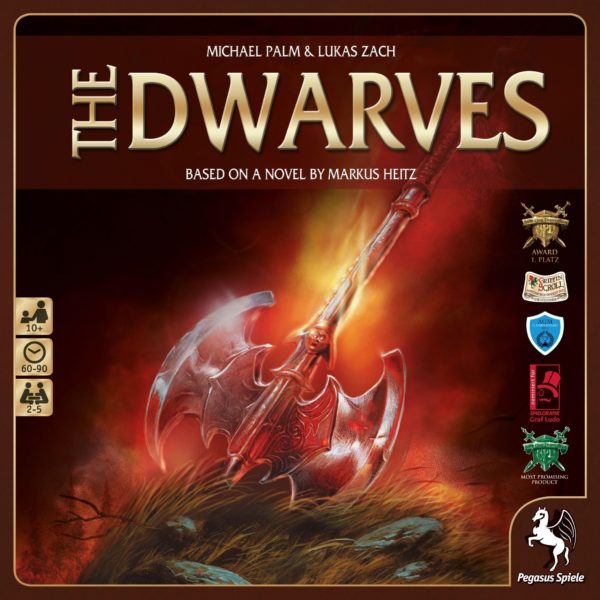 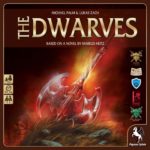 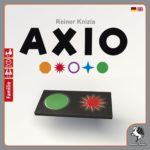 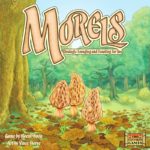 The Dwarves is a fantastic 2 to 5 player game, for ages 10 and above that takes around an hour to play.

Based on the first novel of the Die Zwerge tetralogy [Eng. The Dwarves] by author Markus Heitz, the goal of the cooperative game Die Zwerge is to keep evil from flooding Girdlegard. During set-up, players choose one of the dwarves from the novel, each of which is equipped with a unique special ability and different stats for fighting, crafting, and movement.

Before each player’s turn, the forces of evil usually break through one of the four big gates – which are guarded by different dwarven tribes – and further the spread of the Perished Land. On his turn a player spends two action points to use two of five actions. He can:
Fight against the advancing enemies (orcs, trolls, and älfar [Ger. albae], i.e. dark elves).
Travel to other locations.
Lobby the dwarven council to give advantages to all players – and without the favor of the dwarven council, everyone suffers disadvantages.
Solve a minor quest for rewards.
Take on the current major quest, revealing the next major quest if successful. Completing these quests is the only way to win the game.
For most of these actions, a player must succeed in a dice-driven challenge. If the players cannot control the flood of evil while simultaneously solving the major quests in time, they will lose.
Collector’s edition:
additional:
New box cover
5 hand painted dwarf miniatures
10 cards Albae expansion
60 page artbook
5 art prints of the dwarfs
A3 poster “The smiting of Keenfire”
stein with motive “Krasnolud”
coaster “DIE ZWERGE”
numbered COLLECTOR’S EDITION certificate.

Be the first to review “The Dwarves” Cancel reply