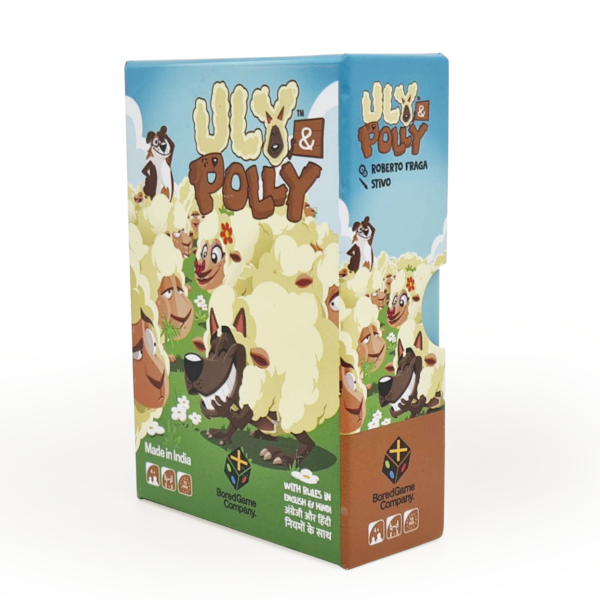 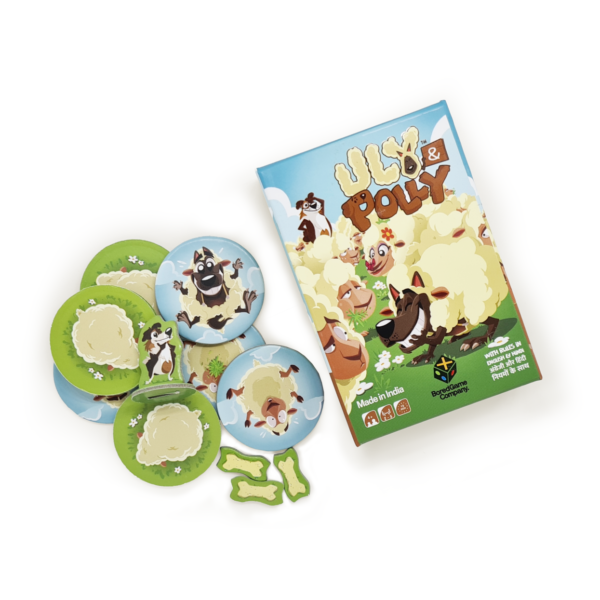 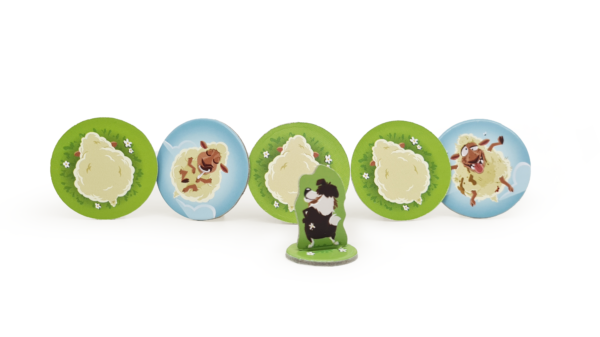 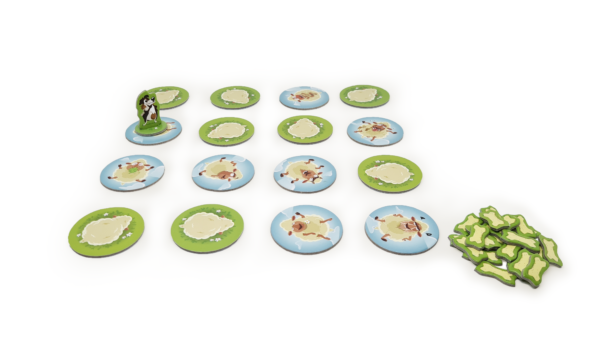 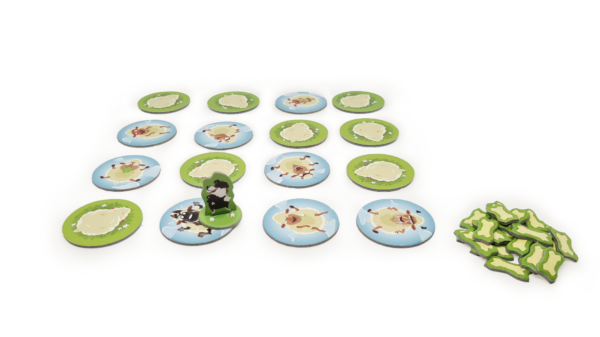 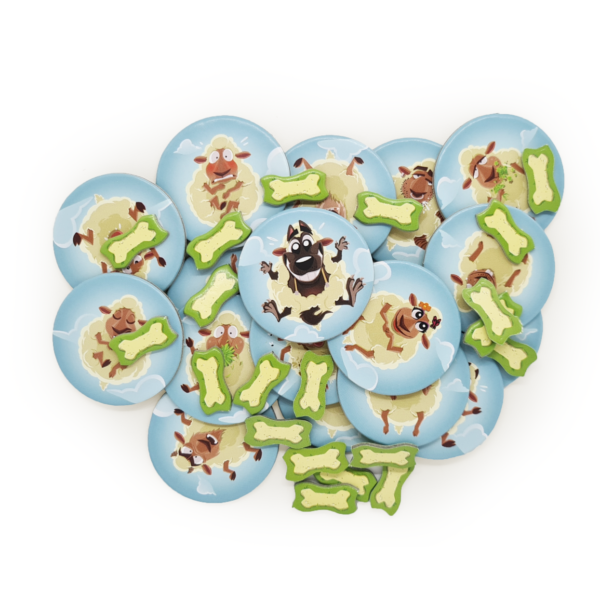 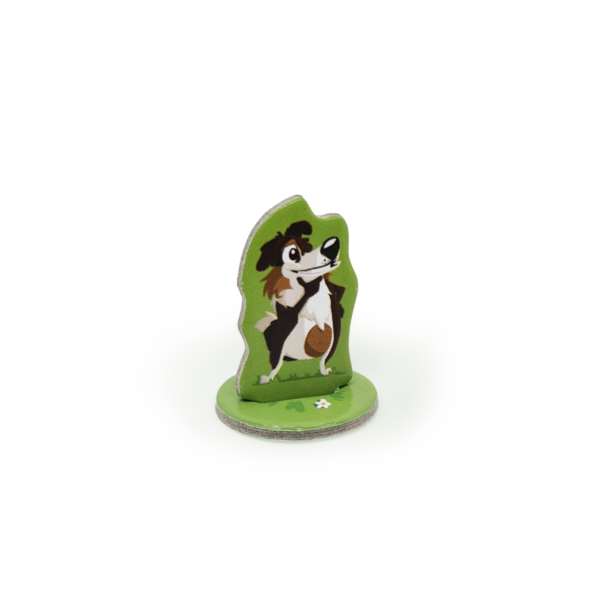 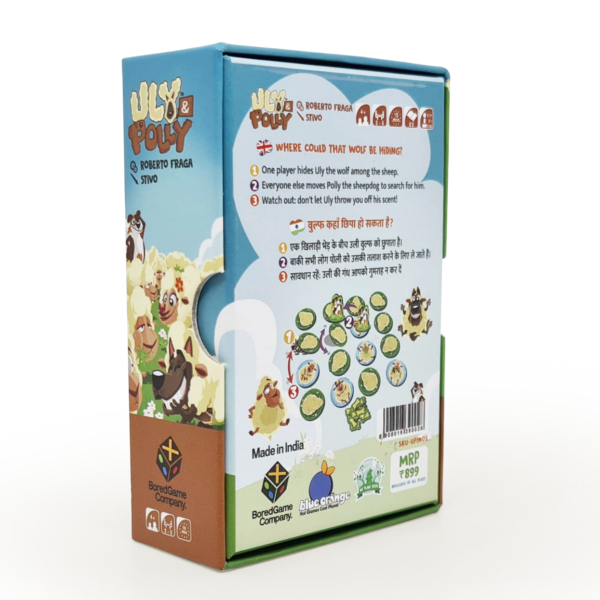 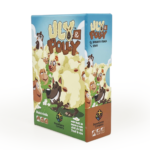 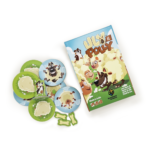 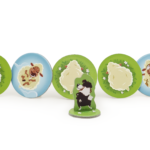 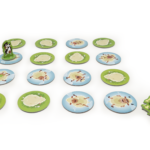 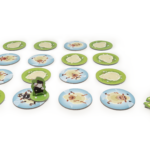 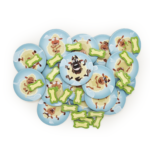 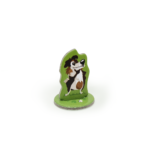 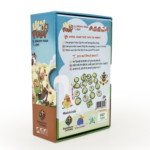 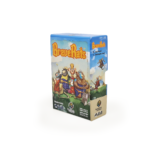 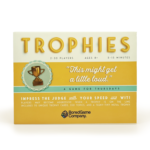 Uly & Polly is an amazing quick & light 2 to 5 player game, for ages 4 and above that takes around 20 minutes to play.

Uly & Polly, is a semi-cooperative game in which each round one player competes against all others. This one player is Wilson, the mischievous little wolf who likes to hide in the flock of sheep. Everyone else works together as Shep the sheepdog to find the little wolf’s hiding place.

To set up for the round, lay out the sixteen sheep tiles. While all other players close their eyes, Wilson then swaps the wolf token for one of the sheep. The Shep players then place the sheepdog token on a tile and reveal it. If they already found Wilson, they win the round, but if not the Wilson player chooses two tiles adjacent either orthogonally or diagonally (whether Wilson is on one of those tiles or not) and swaps them. Shep then moves to any adjacent tile and reveals it.

If Wilson is still in hiding after eight tiles have been revealed, the Wilson player wins the round and receives reward tokens; otherwise the Shep players receive rewards. After each player has been Wilson once, whoever has the most rewards wins!

Be the first to review “Uly & Polly” Cancel reply