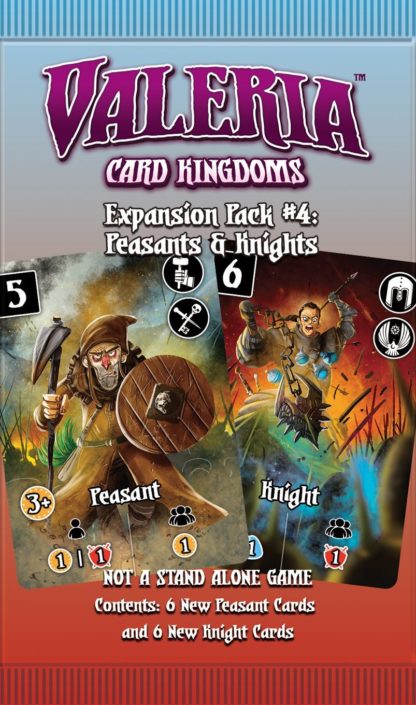 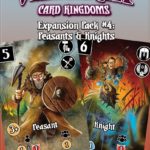 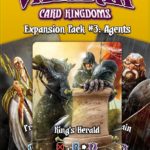 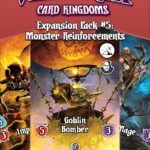 Valeria: Card Kingdoms – Expansion Pack #05: Monster Reinforcements
0 out of 5
( There are no reviews yet. )

This new expansion comes with new Peasants and Knights to add variety to every game of Valeria: Card Kingdoms. (6 Peasants & 6 Knights)

The Peasant from the Valeria: Card Kingdoms base game has had just about enough of goblins attacking his farm and the Royal Guard taking food from the mouths of his children. You’ve promised him riches if he helps you become the next ruler of Valeria. His hoe is his only weapon and a barrel lid is his only armor. His meager carrot harvest still rests in his coat pocket as he marches off to battle.
Within the shadow of Mt. Ostendaar lives a warrior race that has honed the craft of alchemy. Their Knights have joined the battle against the hordes of fiery demons that are spilling out of the once dormant volcano. This eager young Knight wields a sharp spear and spiked chain mace against the foes of Valeria. Potion “grenades” tied to her armor are her secret weapon.
This expansion was included in the Kickstarted expansion, Flames and Frost.