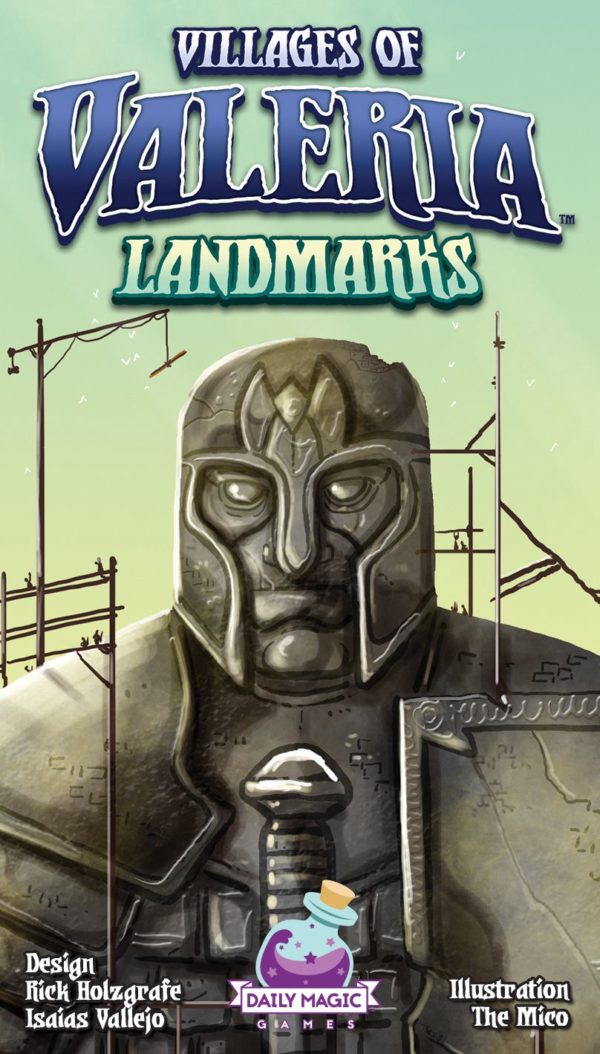 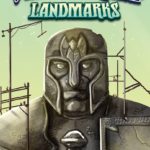 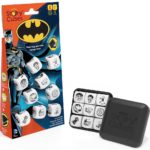 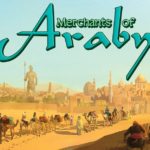 Availability: This product is not currently in stock. Please allow 4-8 weeks or longer for delivery of this item. SKU: VOV010DMG Categories: Card Games, Expansions, For 2 Players, For 2-4 Players
Sold By: Bored Game Company
Facebook Twitter
Add to Wishlist

Unable to decide on the location of the new capital, the King of Valeria sends out his messengers with another decree: the village to be named New Shilina must also have wondrous landmarks to distinguish it from the rest. As a Duke or Duchess vying for the prestigious prize, new adventurers await your call, new plans for buildings have been drawn up, and landmarks are ready to be constructed within the village surrounding your castle.
In Villages of Valeria: Landmarks, players will be able to discard cards with specific resources in order to take and build Landmark tokens on their Castle card. At the end of the game, the player with the most of each token will gain bonus points. You can also earn bonus points by collecting sets of all 5 Landmark token types. Will you leverage the new Landmarks to be declared the next capital of Valeria?

Be the first to review “Villages of Valeria: Landmarks” Cancel reply