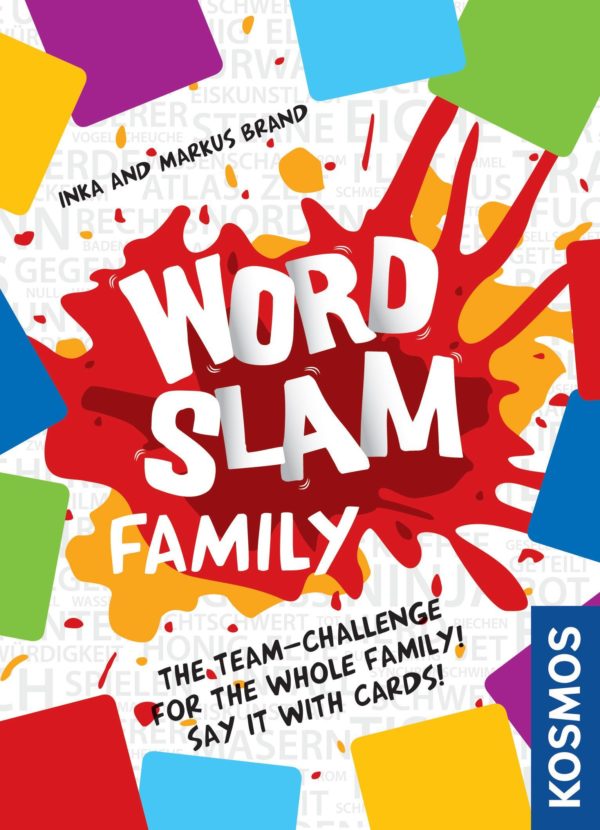 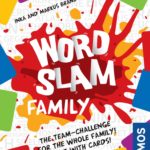 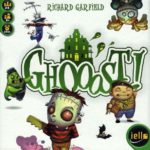 Word Slam Family is a neat light 3 to 99 player game for ages 10 and above that takes around 45 minutes to play.

“EAT, YELLOW, CIRCLE — do you mean pancakes? Or pineapple rings? Oh wait, the CIRCLE is DIVIDED? So something that you eat that is yellow and semicircular? Uh, is it, maybe…a banana?” “Yes, the answer is banana! One point for the Blue Team!”

In the communication game Word Slam, two teams compete against one another simultaneously. In each round, one player on each team tries to get their teammates to guess a hidden word or phrase using only the 105 explanatory cards available in the box. Speaking and acting is forbidden! They must tell their stories using only 105 cards, each with one word on it: a noun, verb, adjective, or preposition. A player can use as many explanatory cards as desired, and whichever team guesses correctly first scores a point. The team with the most points at the end of the game wins!
Word Slam Family features the same gameplay as the original Word Slam in a compact format. This version includes 100 story word cards and 100 answer cards with a total of 600 answer terms. The answer cards are divided into seven categories, unlike in the original game.
In this version, the die and timer is replaced by an app. Instead of using card holders, the two box halves are used as screens between the teams, and the answer cards are played behind the screens. Word Slam Family can be played as both an expansion to the base game and a standalone game.