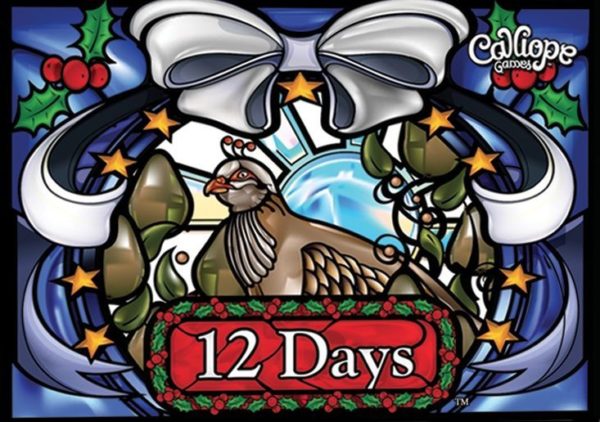 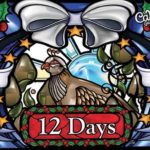 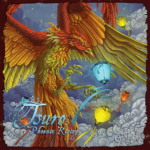 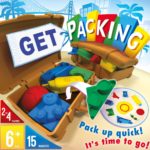 12 Days is an imaginative quick & light 3 to 5 player game for ages 8 and above that takes around 15 minutes to play.

The holiday-themed 12 Days takes the familiar “Twelve Days of Christmas” song and twists it into a quick-playing card game. Over twelve rounds, players try to re-gift unpopular cards while keeping cards that are strong enough to win the day, while also keeping a careful eye for bonus scoring at the end of the game.

The gift deck consists of eighty cards: one partridge in a pear tree, two turtle doves, and so on up to twelve drummers drumming, as well as one card each for Mr. and Mrs. Claus. Shuffle this deck, then deal each player twelve cards. Each round a new holiday card is up for grabs, with the cards ranked from 1 to 12 and being worth 1-12 points. In a round, a player:
Gifts a present to the player to his left,
Opens presents and tries to win the day with the best present, and
Buys a new gift to refill his hand.
More specifically, all players simultaneously pass one face-down gift card to their left-hand neighbor. Then everyone chooses one gift card in hand and reveals them simultaneously. Whoever plays the lowest gift card wins that round’s holiday card; in the event of a tie for lowest, with the Clauses counting as zero, then the next lowest card wins. Each player then draws one card to bring their hand back to twelve cards.
After twelve rounds, players score points for each holiday card they’ve collected. In addition, whoever holds the most gift cards for each rank scores as many points as that rank, with all tied players scoring in the event of a tie. Whoever has the most points wins. Happy holidays!

Be the first to review “12 Days” Cancel reply